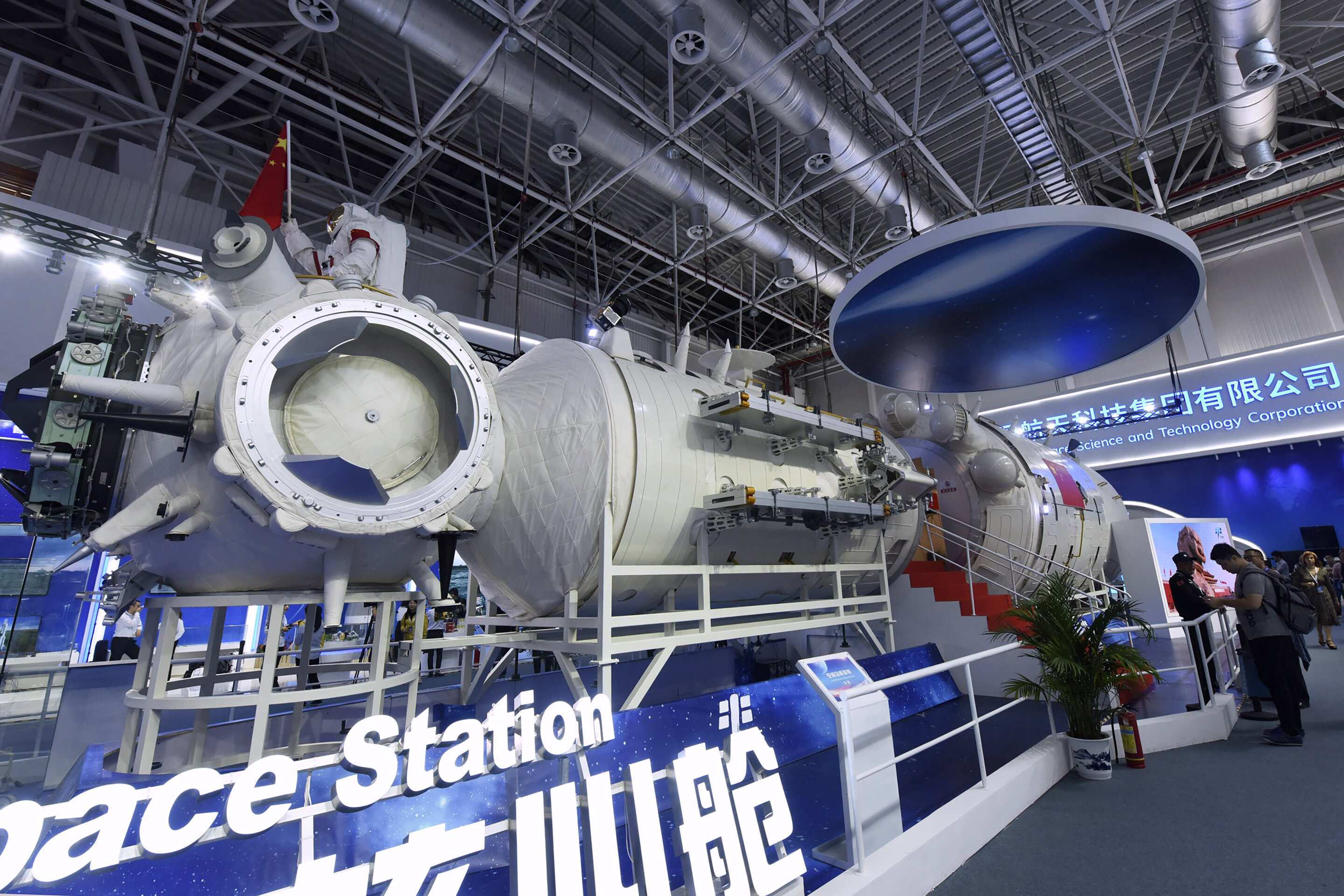 Adding a crew to China’s new orbiting space station is another major advance for the burgeoning space power.

Here’s a look at key developments:

The three-member crew is due to stay for three months in the station’s main living module, named Tianhe, or Heavenly Harmony. They will be carrying out science experiments and maintenance, space walks and preparing the facility to receive two additional modules next year.

While China concedes it arrived late at the space station game, it says its facility is cutting-edge. It could also outlast the International Space Station, which is nearing the end of its functional lifespan.

The launch Thursday also revives China’s crewed space program after a five-year hiatus. With Thursday’s launch, China has now sent 14 astronauts into space since it first achieved the feat in 2003, becoming the third country after the former Soviet Union and the U.S. to do so.

WHY IS CHINA BUILDING THE STATION?

As the Chinese economy was beginning to gather steam in the early 1990s, China formulated a plan for space exploration, which it has carried out at a steady, cautious cadence. While China has been barred from participation in the International Space Station, mainly over U.S. objections to the Chinese program’s secretive nature and close military connections, it’s likely the country would have built its own station anyway as it sought the status of a great space power.

At a news conference Wednesday, China Manned Space Agency Assistant Director Ji Qiming told reporters at the Jiuquan launch center that the construction and operation of the space station will raise China’s technologies and “accumulate experience for all the people.”

The space program is part of an overall drive to put China on track for even more ambitious missions and provide opportunities for cooperation with Russia and other, mostly European, countries along with the United Nations Office for Outer Space Affairs.

China’s space program has been a massive source of national pride, embodying its rise from poverty to the world’s second-largest economy over the past four decades. That has helped shore up the power of the Communist Party, whose authoritarian rule and strict limits on political activity have been tolerated by most Chinese as long as the economy is growing.

President and head of the party Xi Jinping has associated himself closely with that success, and Ji in his remarks cited Xi as setting the updated agenda for China’s rise to prominence in space. The first mission to the station also coincides with the celebration of the party centenary next month, an important political milestone.

At the same time, China is modernizing its military at a rapid pace, raising concerns from neighbors, the U.S. and its NATO allies. While China espouses the peaceful development of space on the basis of equality and mutual respect, many recall that China in January 2007 sent a ballistic missile into space to destroy an inactive weather satellite, creating a debris field that continues to be a threat.

WHO ARE THE ASTRONAUTS?

Mission commander Nie Haisheng, 56, and fellow astronauts Liu Boming, 54, and Tang Hongbo, 45, are former People’s Liberation Army Air Force pilots with graduate degrees and strong scientific backgrounds. All Chinese astronauts so far have been recruited from the military, underscoring its close ties to the space program.

For Nie, it is his third trip to space, and for Liu, his second following a mission in 2008 that included China’s first space walk. Tang, who was recruited as one of the second batch of candidates in 2010, is flying in space for the first time.

WHAT ELSE IS CHINA DOING IN SPACE?

Along with its crewed space program, China has been moving boldly into exploration of the solar system with robotic space ships. It landed a probe on Mars last month that carried a rover, the Zhurong, which is conducting a range of surveys, looking particularly for frozen water that could provide clues as to whether the red plant once supported life.

Earlier, China landed a probe and rover on the moon’s less explored far side, joining the Yutu, or Jade Rabbit, rover that was part of an earlier lunar exploration mission. China also brought back the first lunar samples by any country’s space program since the 1970s and officials say they want to send Chinese astronauts to the moon and eventually build a research base there.

© 2021 The Associated Press. All rights reserved. This material may not be published, broadcast, rewritten or redistributed without permission.