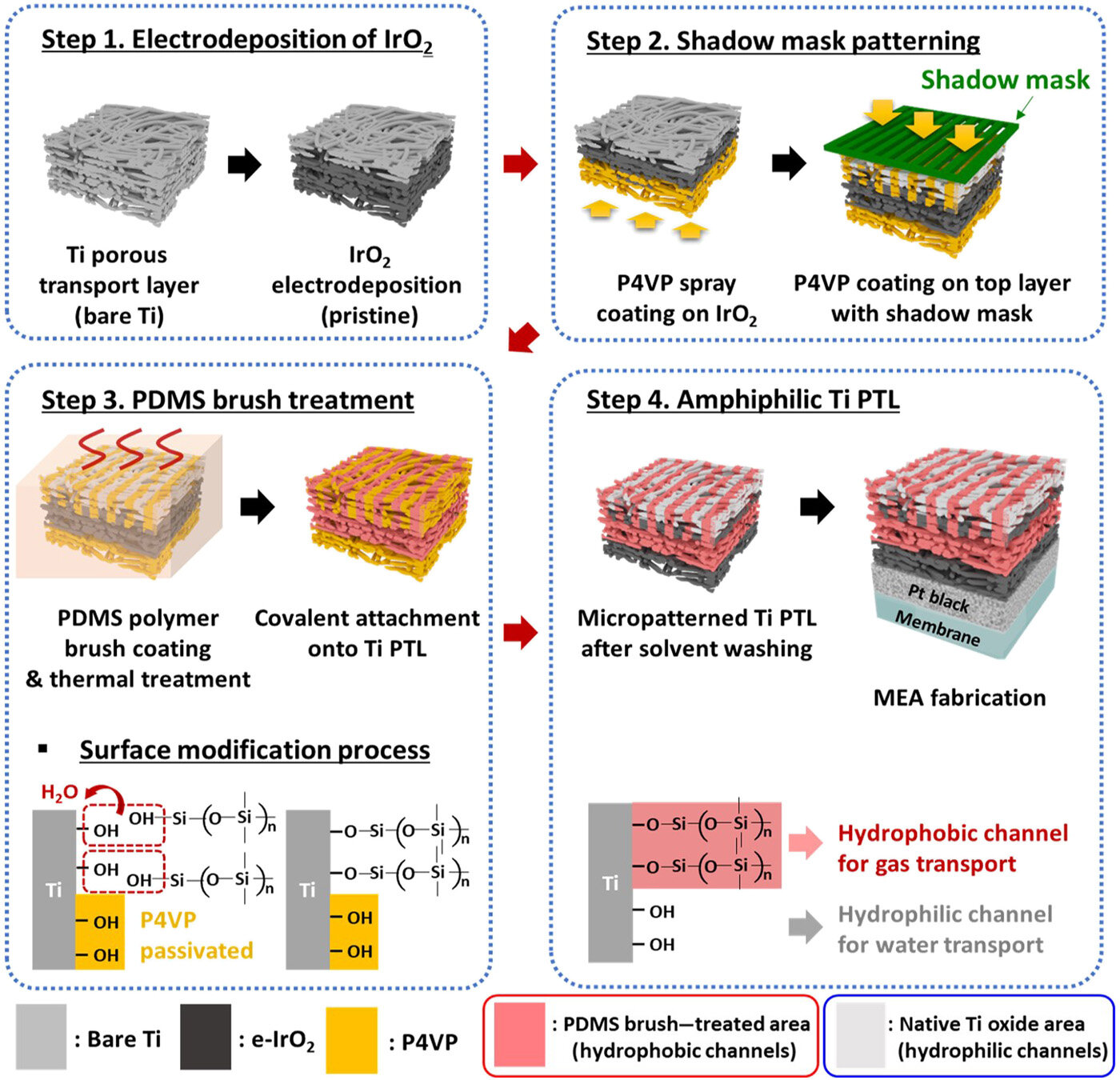 Green hydrogen, a source of clean energy that can be generated without using fossil fuels, has recently gained immense attention, as it can be potentially used to promote carbon neutrality. Korean researchers have succeeded in improving the efficiency of unitized regenerative fuel cells that can be used to efficiently produce green hydrogen and generate power.

Unitized regenerative fuel cells offer both hydrogen production and fuel cell modes. They are eco-friendly, cost-effective, and independent energy storage and power generation devices that require less space for operation. A larger amount of space is required for the separate installation of electrolysis devices and fuel cells.

The Korea Institute of Science and Technology (KIST) has released an announcement that a research team led by Dr. Hyun S. Park of Center for Hydrogen Fuel Cell Research, Dr. Jong Min Kim of the Materials Architecture Research Center, and a research team led by Prof. Yung-Eun Sung of the Seoul National University have collaborated to develop a component based on a novel concept to overcome the problems caused due to the mixing of water and gas inside a bifunctional device used for hydrogen production and power generation, that is the unitized regenerative fuel cells. This facilitates the efficient transport of water and gas, and significantly improves the performance and round-trip efficiency of the devices.

For efficient hydrogen production under conditions of the electrolysis cell mode, water must reach the catalyst layer from the electrode within a short span of time. The generated hydrogen and oxygen should also be drained out as fast as possible. The produced hydrogen and oxygen must enter and the produced water should be drained out as fast as possible when the device operates under conditions of the opposite mode of the fuel cell. Therefore, the unitized device can operate with the same efficiency as the general electrolysis device or fuel cells when the input materials can be repeatedly allowed to cycle efficiently and water, hydrogen, and oxygen can be drained out efficiently

The research team led by Dr. Park identified the reasons behind the decreased efficiency of the unitized device under conditions of alternating electrolysis cell and fuel cell modes. The team attributed the problems to the repeated input and drainage of water and gas that potentially led to the trapping of the residual water and gas present inside the device. The researchers hypothesized that a hydrophilic electrode was needed to facilitate the transportation of water and a hydrophobic electrode was required to efficiently conduct gas phase reactions to address the problem. The surface of the electrode was firstly treated to have hydrophilic properties, then coated with a micropatterned plastic layer to fabricate an electrode that can potentially exhibit both hydrophilic and hydrophobic properties.

This facilitated the smooth transportation of water and gas. The rate of drainage of the gas (selective drainage from the surface of the developed electrode) could be increased 18 fold. The performance could be improved 4-fold under conditions of the fuel cell mode when the newly developed component was used to fabricate the unitized device. The efficiency of hydrogen production achieved using this method is twice the efficiency of hydrogen production achieved using the conventional component. In addition, the stability of the improved performance (with respect to hydrogen production and power generation) was verified over 160h.

Dr. Park says that “this is the first time that amphiphilic electrodes exhibiting stable and high performance under conditions of both fuel cell power generation mode and electrolysis green hydrogen production mode have been used for the fabrication of unitized regenerative fuel cells. It is expected that the developed device can also be used for the fabrication of various other devices such as electrochemical carbon dioxide reduction and nitrogen reduction devices, where both gas and liquid enter the devices simultaneously.”